THE CHILDREN'S BOOK ACADEMY
JOIN US!

PLUS, you'll receive instant access to fabulous self-paced classes
Author-Illustrator Websites with Weebly, the exclusive Graphic Design in One Short Course, Hand Lettering and Calligraphy, Fun with Photoshop, and the Pleasures of Procreate! 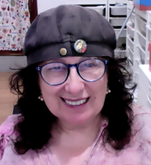 Dr. Mira Reisberg has helped MANY authors and illustrators get published. Her students have published or contracted over 700 books. She has worn just about every hat in the industry including illustrator, editor, art director, author, and literary agent. Mira holds a PhD in Education and Cultural Studies with a focus on children's literature. She has taught children's literature survey and making courses at Washington State University, Northern Illinois University, San Francisco City College Extension, and US Berkeley Extension. Mira is an award-winning children's book illustrator and writer. 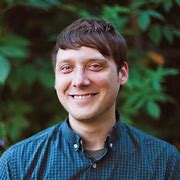 Aron Nels Steinke is a cartoonist and elementary school teacher. He began making comics in 2006 with the help of a grant from the Xeric Foundation and never stopped. In 2015 he and his wife Ariel Cohn won the Best Publication for Early Readers Eisner Award for their book The Zoo Box (First Second Books). Mr. Wolf’s Class (Scholastic/Graphix) is his newest book series following the adventures of a class of anthropomorphs and their teacher who just so happens to be a wolf. The first book was a New York Times Editor’s Choice selection, received a starred review from Kirkus, and has won numerous awards including the Oregon Spirit Honor Award, the OTTER Award, and Kid’s Comics Choice Award, and the Beehive Award. The second book in the series, Mystery Club, was nominated for a 2019 Harvey Award. Book 3, Lucky Stars, was named by Chicago Public Library as one of the 2019 best books of fiction for younger readers. Book Four--Field Trip, is out now wherever books are sold.

Illustrator, Cartoonist, and Educator Larissa Marantz strives to create visually appealing images and enjoys teaching students young and old how to do the same. Owner of OC Art Studios, an after-school enrichment company, she has taught art to young elementary school students for over 15 years. Larissa has been an adjunct faculty member at Laguna College of Art + Design for 12 years, teaching in the Animation and Illustration departments. After earning a BFA in Fine Arts at California State University, Fullerton, Larissa continued her education at the Animation Guild and The Animation Academy. She began working as a Character Designer for Nickelodeon's Rocket Power and Rugrats TV shows soon after. Larissa began illustrating children's books when she left The Rugrats animated TV show to stay at home with her young children. Real life inspired her creative life and she continued drawing The Rugrats while working from home for Simon Spotlight Publishing. In between numerous play dates, and hundreds of diaper changes, she illustrated almost a dozen books for Nickelodeon's licensed properties. Her recent illustrated projects are CHARLIE AND THE OCTOPUS, Avenue A Publishing, and CLYDE THE HIPPO picture book series, published by Penguin Workshop. Her current project is BLAKE LASER, an epic graphic novel to be published by HarperCollins in 2022. Larissa is represented by Rachel Orr of Prospect Literary.

Born and raised in Bucks County, Pennsylvania, Andrea Miller ruined her parents’ hopes that she’d go into engineering or medical science by enrolling at the University of the Arts’s Illustration program.  Over the past decade she has done work in branding and illustration, but mostly  continued in book design with a focus on graphic novels for young readers and LGBTQIA folks (sometimes both at once!). Andrea is currently employed by Abrams Books, designing graphic novels for their Amulet and ComicArts imprints, but has done work for several major publishers, including creating the ETCH graphic novel imprint for HMH in 2019. She hangs around in the Rittenhouse area of Philly with her wife, their alien daughter (who masquerades as a cat), and several bookshelves that take up most of our tiny art studio.

Gina Gagliano is the publishing director of RH Graphic. She  was previously associate director of marketing and publicity at Macmillan Publishing’s First Second Books imprint; she was among the original employees who joined the team in 2005 at its launch. She is well known throughout the comics publishing community and has designed comics programming for the Brooklyn Book Festival, the Splat! Graphic Novel Symposium, the Museum of Comic and Cartoon Art in New York City, and the Toronto Comics Art Festival. Gagliano also co-runs the informal Women in Comics Publishing NYC events series with Abby Denson, and co-hosts the podcast Graphic Novel TK with Alison Wilgus.

Dave Roman is the author of several graphic novels including the Astronaut Academy series, Teen Boat! (with John Patrick Green) and Agnes Quill: An Anthology of Mystery (with Jason Ho, Jeff Zornow, & Raina Telgemeier). He has contributed stories to Explorer: The Mystery Boxes, Nursery Rhyme Comics, and is the co-author of two New York Times bestselling graphic novels, X-Men: Misfits and The Last Airbender: Zuko’s Story. Roman is a teacher at the School of Visual Arts, is an editor for First Second Book’s History Comics series and worked as a comics editor for the groundbreaking Nickelodeon Magazine from 1998 to 2009. He lives in NYC. Check out his webcomic comic Starbunny, Inc. and his Pup and Duck comics at SundayHaha.com

We hope you'll join us in this fantastic, first-time-for-CBA live course!
sign up now!
$75 off with code GNLove